I can’t decide whether to take my Fire Station apart or renovate it so it is modular so it can be stored in a box.  Hmm … what to do, what to do?  Joe Cool was over yesterday to pick up a few things from my Everything Must Go list.  He suggested I try and sell some of my MOC buildings instead of taking them apart.  I have no idea if there is a market for such a thing but maybe I’ll try and find out.

I had several iterations of a Fire Station before I got one I was  happy with.  I like this one so it has survived for quite a while.  It features six of the Bricks with Groove and Garage Panels service packs.  I had picked up quite a few of them from LEGO Shop at Home Europe when a bunch of old service packs appeared on the European Shop at Home web site briefly.  I was able to order them and ship them to our office in Sweden where at the time I would visit 2-3 times per year.  One of my co-workers held the package for me until my next visit.  I still have some of those service packs around here somewhere!

Because I can’t build Fire Trucks worth beans, I decided to use some older LEGO sets for my Fire Trucks.  I used 6525 Blaze Commander, 6531 Flame Chaser, 6340 Hook and Ladder and another Fire Truck which I can’t put my finger on. 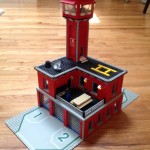 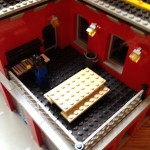 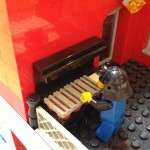 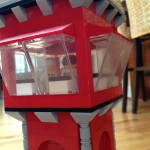 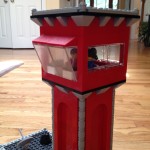 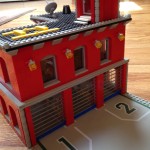 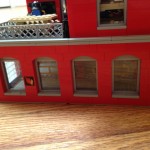 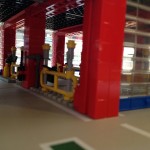 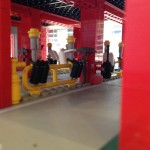 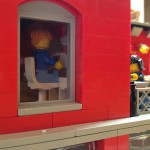 This entry was posted in MOC and tagged Exhibit, LEGO, Modular. Bookmark the permalink.